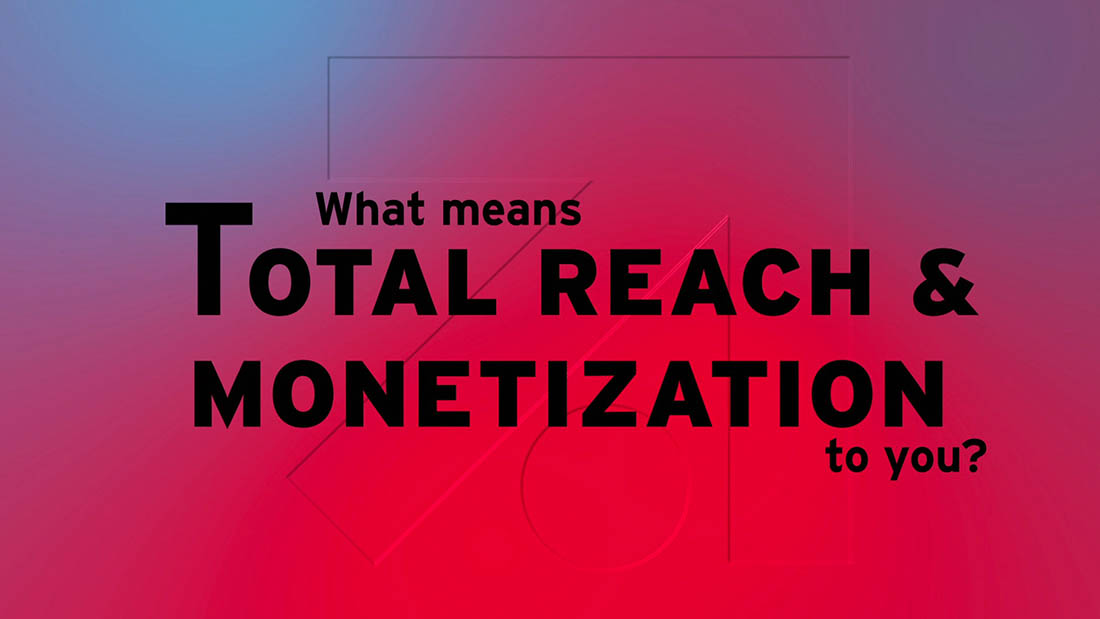 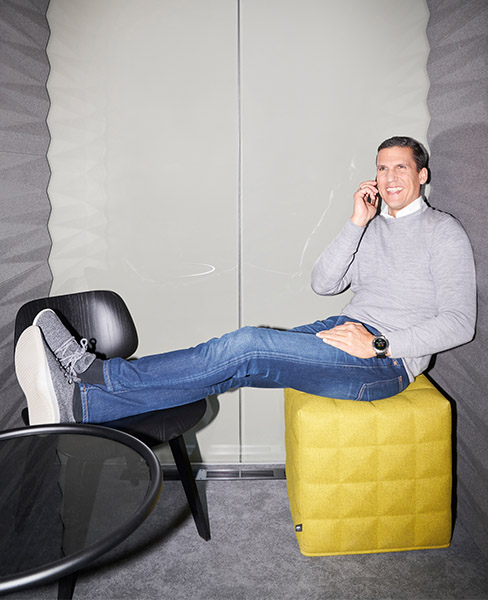 Teaming up with a competitor: The d-force flagship project

How can reach be further monetized? Dr. Jens Mittnacht, Managing Director of SevenOne Media, dedicates himself to answering this question every day. Thanks to the d-force flagship project — a ProSiebenSat.1 and Mediengruppe RTL joint venture — his team made significant strides in 2019. In this interview, Jens explains how they came to team up with a direct competitor.

What exactly is the story behind d-force?

d-force is an ad-tech joint venture between ProSiebenSat.1 and Mediengruppe RTL. The centerpiece is the Active Agent technology — a fully automated platform that, for the first time, allows companies to book Addressable TV and online video advertising via a single interface serving both media houses. In short: We are making our customers’ lives easier! No advertising cooperation this comprehensive has ever been seen on the German — or for that matter the European — market. It is truly unique.

How did the partnership between Germany’s two leading TV networks come about?

The real driving force was, in fact, the market. More and more advertisers were asking us for a shared booking platform. Since RTL has been as active as we have in advancing advertising technologies, and we had invested in complementary companies, the synergies were obvious. So we entered into discussions. Both sides agreed that although we are competitors in terms of content, ratings, advertising inventory and its marketing, that doesn’t extend to technology. The big moment arrived in June 2019, when we set up d-force. In August, we got the go-ahead from the cartel office, and in September, we launched our first campaigns. It was a very special moment!

How has the advertising market reacted to your offering?

Right from the start, we got a lot of positive feedback from customers, especially with regards to the comprehensive service and ease of booking — all it takes is a few clicks to order tailor-made advertising. But that’s only the beginning: In 2020, we’re launching programmatic configuration of Addressable TV commercials and integration of the cross-device bridge. This means that by linking different devices in the household — such as TV, smartphone and tablet — we can run a campaign across all of them using a target group-specific approach. All in all, we have received a tremendous response not only from clients — international broadcasters and marketers are also very interested.

In what way? Are you planning on integrating international partners into the booking platform, too?

In February 2020, we already brought our booking platform to Austria and integrated the advertising inventories of our subsidiary ProSiebenSat.1 PULS 4 and the Austrian marketer of RTL. And we are also in contact with media companies from Switzerland. Our goal is to offer the largest possible advertising portfolio on the platform. Looking beyond the German-speaking countries, we are rather aiming to establish our offering as an independent tech solution in each country’s official language. This task is now being driven by the new d-force management team, which took office on January 1.

What does ProSiebenSat.1 expect to get out of d-force in the long term?

On the one hand, d-force is testimony to our innovation leadership in the field of advertising technology. After all, the core technology, Active Agent, is part of our ad tech subsidiary Virtual Minds. On the other hand, we also want to accelerate growth in our Addressable TV business, as this very area not only offers huge potential for monetizing our reach, but is also our absolute core competency.

Such comprehensive cooperation as d-force has never been seen before in the German advertising market, and is even unique in Europe. Since January 1, 2020, Ralf Hammerath, Alen Nazarian and Jens Pöppelmann (from left to right) on the management board have been driving the lighthouse project forward.

Such comprehensive cooperation as d-force has never been seen before in the German advertising market, and is even unique in Europe. Since 1 January 2020, Ralf Hammerath, Alen Nazarian and Jens Pöppelmann (from left to right) on the management board have been driving the lighthouse project forward. 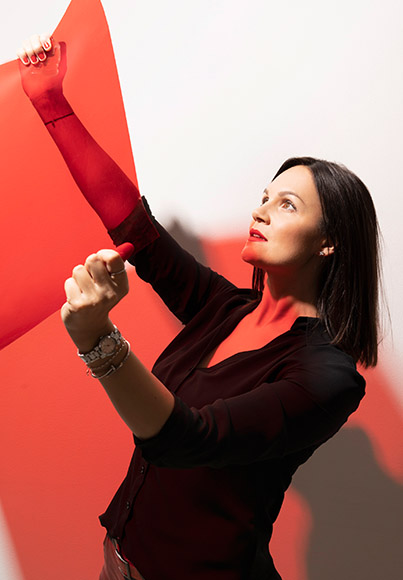 Stefanie Fröhner, SVP Business Intelligence Entertainment, and her team developed the new internal metric of Total Video Viewtime (TVV). Its benefit? The TVV vividly describes in minutes the time users spend consuming entertainment offerings overall and across platforms, and renders a direct comparison between TV and streaming data possible. The metric ties in neatly with established figures in the field of advertising metrics, as TVV converts familiar measures into minutes, such as video views and ratings. What counts after all is that our content reaches people – no matter on which platform.

By using Total Video Viewtime, we make sense of the sea of numbers and enable cross-platform compar­ison: We measure how long view­ers see our content — in both linear and digital forms. 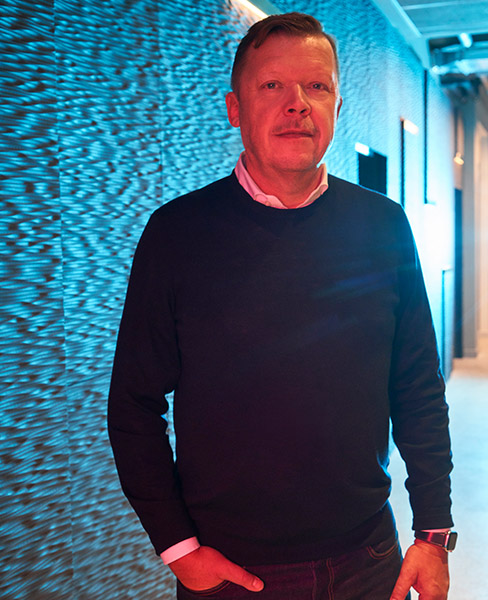 Thomas Wagner, Chairman of the Management Board, SevenOne Media

It’s 8.15pm on a Saturday: The comedians Joko and Klaas’ show “Das Duell um die Welt” (Duel Around the World) is about to begin. Miriam, 27, is sitting on her couch in front of her smart TV. The wait is almost over. Before the show starts, a commercial for the new MAC cosmetics collection airs. At exactly the same time, Peter is also waiting for the show to come on. Unlike Miriam, the 53-year-old sees the TV commercial for an electronics retailer, promoting a new-generation smartphone.

Two different target audience groups watch two different commercials on a single channel at the same time. This is possible thanks to the new Addressable TV Spot, which the ProSiebenSat.1 Group’s sales subsidiary SevenOne Media launched in August 2019 after a roughly one-year-long beta phase.

“We developed the unique technology behind the Addressable TV Spot in-house and registered it for a Europe-wide patent,” says Thomas Wagner, Chairman of the Management Board of SevenOne Media. “Advertisers can define audience characteristics, such as age, gender, interests or net income, in advance and precisely tailor the content of their commercials to that target group. Overlayed over the standard commercial, the Addressable TV Spot is served exclusively to the preselected audience. Only ProSiebenSat.1’s own advertising is overlayed. Viewers who fall outside the predefined target group see the standard commercial. The technology is only supported on Internet-enabled TVs. The offer is available for all ProSiebenSat.1 stations and in all time slots, from morning shows to prime time.

“Addressable TV is one of the key sales growth areas,” says Wagner of the new offering’s potential. “In coupling precision of delivery with TV’s great reach, we are combining the best of the digital and linear worlds.” The advantages are obvious: “Thanks to the highly targeted nature of our Addressable TV Spot, it attracts maximum audience attention and perfectly complements our linear reach. This opens the door for advertisers who didn’t previously consider TV advertising an option. So we are appealing to a whole new segment of the advertising market.”

According to Wagner, the clients’ response has been positive: “In 2019 alone, we ran more than 100 campaigns for clients such as Nestlé, Opel and Vodafone. And the market potential for the coming years is huge.” By 2022, the combined market for Addressable TV and online video in Germany, Austria and Switzerland is expected to be in the single-digit billion range. There are currently some 18 million internet-enabled TV sets in the German-speaking countries, which can be targeted with personalized advertising options. Today, 36 percent of the German television audience can already be reached via smart TVs.

> 100 Addressable TV Spots were sold by SevenOne Media in 2019. Plenty of market research, meetings with customers and teamwork went into them.

> 100 Addressable TV spots were broadcast by SevenOne Media in 2019 after the official launch in August. Plenty of market research, meetings with customers and teamwork went into them.